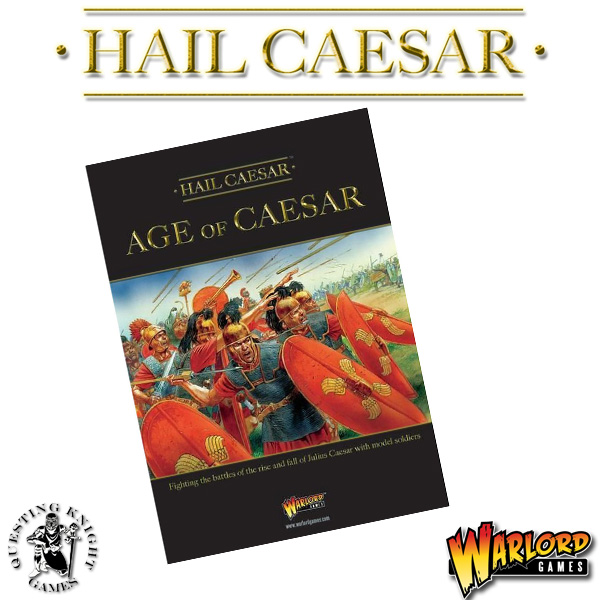 HAIL CAESAR BATTLES WITH MODEL SOLDIERS IN THE ANCIENT ERA

In 43AD Aulus Plautius led the Roman legions to the edge of the known world: to the mysterious land of the Britons. TheEmperor Claudius demanded a victory, and what better way of doing it than to bring this savage nation under the Roman yoke.

Rome commanded huge armies of professional soldiers with the infrastructure needed to feed, transport, equip and command them. Opposing this mighty military machine was a mere patchwork of tribes and wild barbarian warriors. Refusing to yield to the conquerors, one man emerged as the champion of the Britons: Caractacus! Defeated in open battle, Caractacus turned to guerilla warfare: raiding and ambushing enemy troops on the march. No Roman could defeat him; in the end it was treachery that overcame the Briton's greatest champion: the treachery of Queen Cartimadua of the Brigantes.

It was another Queen of the Britons who, ten years later, led the greatest rebellion of all against Roman rule: Boudica, Queen of the Iceni. Years of resentment and oppression boiled over into a war that almost drove the Romans from Britain altogether, burning London and humbling even the mighty legions.

This then is the story of the Roman invasion of Britain, from the Claudian Conquest and wars of Caractacus until the defeat of Boudica and the destruction of the druids upon Mona. Included in this supplement is a map-based campaign game recreating the invasion, as well as historical scenarios covering the wars of Caractacus and the Boudican revolt.